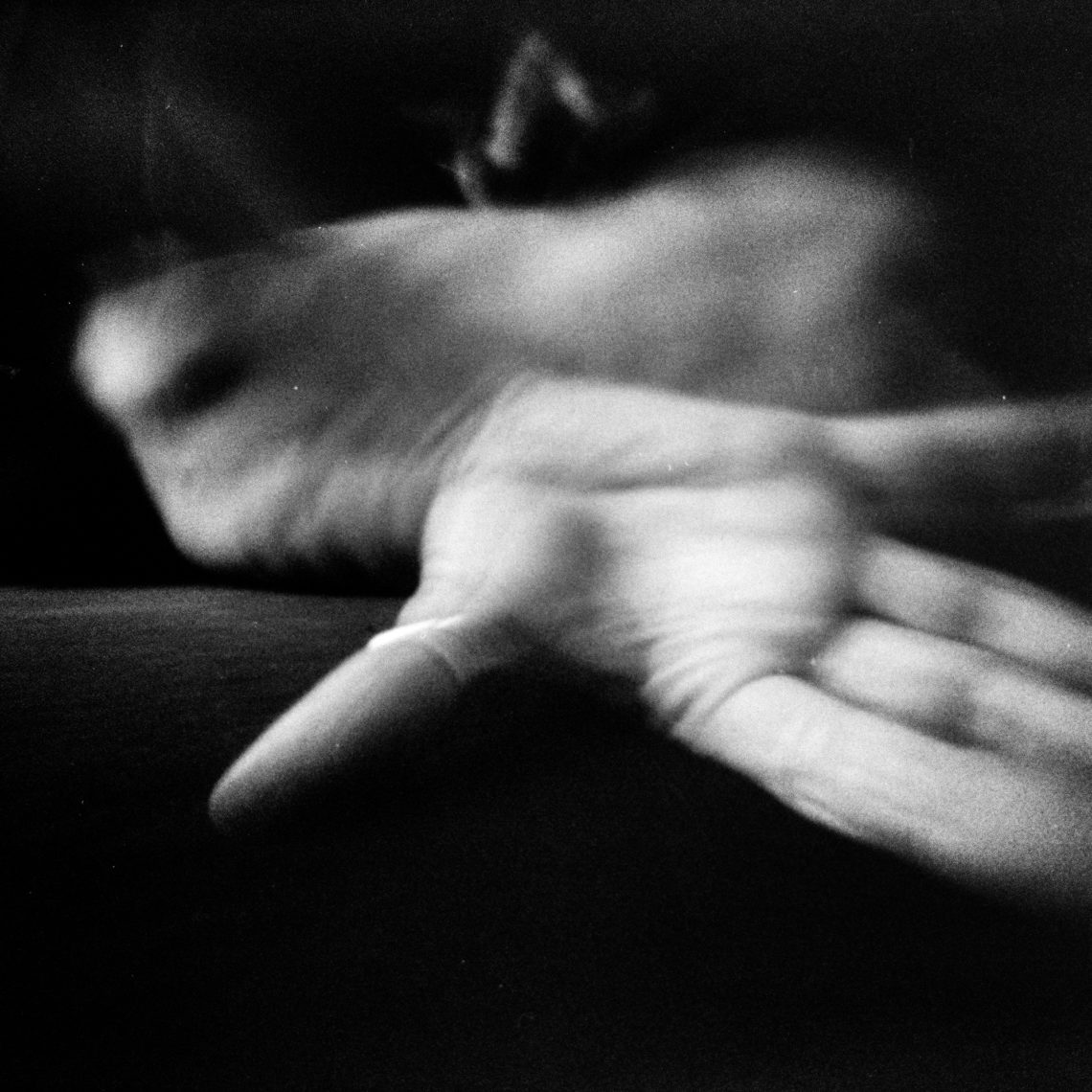 In self-portraiture, the artist is both the author and the subject of their work. The capturing of a likeness in self-portraiture holds a very different significance to the conventional portrait. The appearance of others is primary – the first means by which we come to know them, as important as the sound of their voice, their smell, their touch. Portraits express intimate interpersonal connection. But the appearance of our own selves is secondary – the image in the mirror is oftentimes a strange curiosity – as though we are somehow separate from not only our appearance but our actual bodies, to how we may be growing, ageing or changing shape. “I’m still me inside!” The self-portrait points to this dislocation, this dysmorphic gap – where a likeness is not a means for knowing; rather it becomes a temporal stage for an invisible performance.

The photographer lives in the world of appearances … offering up images as tokens of truth and evidence on the one hand and as flights of fantasy and dream on the other. What is it to aim the camera on oneself? To develop images from the dark room of the self – from that gap between body and mind, appearance and existence. Images from shadows. Shadow images.

These images offer no confirming details of identity, time and place – an external reality has been suspended, disavowed. This erases the photograph as evidence and the photographer as author, opening a liminal zone between the body and the mind that is momentary, a temporal presence. The conscious mind is reflective – gauging the past, planning the future; the body stores memory and learned actions and also shores up reserves of future potential. In between, there is both movement and stasis – temporal moorings and castings-off, of living and unliving immanence. The uneven join between the body and consciousness is packed with the expansive ooze of the unconscious. A realm of shadows for performances in and above the Real.

The pinhole camera has no viewfinder so there is no way of accurately anticipating the image. The image must be allowed to occur. Long exposures mean that movement will create blurring and stasis will be defined. There is no lens, so images are soft with nearly infinite depth of field. Everything appears in focus. Everything is present. The pinhole image, the camera obscura, is a natural optical phenomenon – beyond the mechanical. The artist places herself in front of the camera, acting out a charged emotional state, exposing and disappearing her self. And then waits for an apparition, a communication from the unconscious.

The scenes are of struggle, a figure writhing in a state of hysteria – torment, anguish, pain, ecstasy and intensity. They are not dreams for symbolic interpretation. They do not pretend to reconcile and make the subject whole, but rather to reveal rupture. The artist makes visible the fact that we are not whole or even singular – that we are made of things that are unliving, unable to be remembered, irreconcilable traumas, experiences that have bypassed comprehension, agencies we cannot acknowledge, capacities for harm, chaos. These images are scarifications – shadows criss-crossing the self, cast by uncertainty, from a single light source, through a tiny secret aperture, while we tremble and desperately attempt to flee from its spotlight into the darkness.

Viewing these images is almost a suffocation. This shutterstock of introjected moments, regurgitated and released, cannot be consumed. They threaten to smother us with incoherence but that moment of panic passes and they resurrect themselves as art – exquisite images projected just beyond our knowing. To rejoin the body to consciousness, to inhabit that shadowy gap, confront the darkness and survive, nothing less than the image of death itself must be removed. Through their uncanny, unauthored and unidentifiable return, these works ultimately promise an invisible liberation.